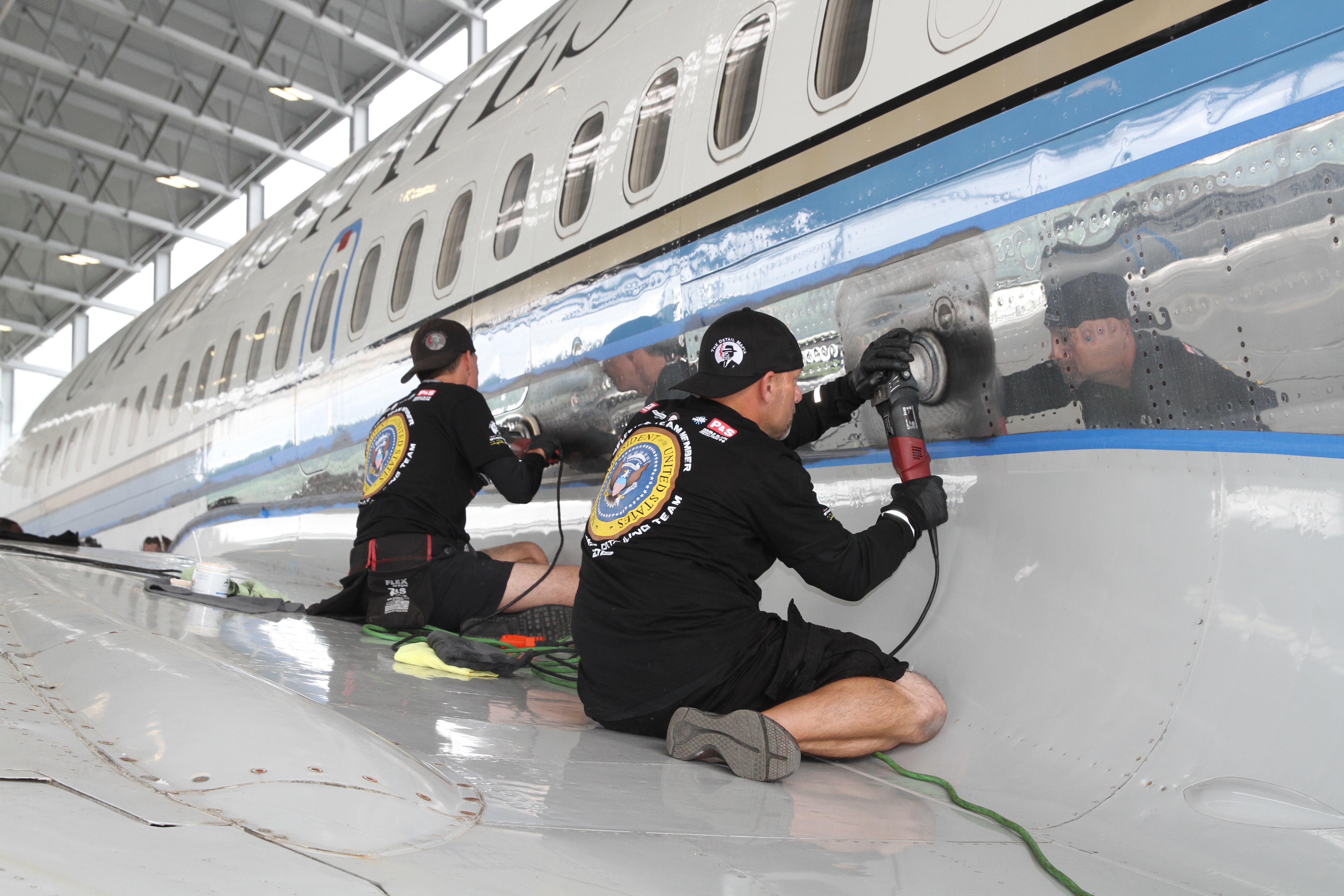 After two years, and thanks to a very generous benefactor, Renny Doyle The Detail Mafia will return to Seattle’s Museum of Flight this year with a smaller but more streamlined Air Force One Detailing Team to continue the preservation of the first presidential jet Air Force One July 11-18. The team will also focus its efforts on the museum’s equally historic Boeing B-29 Superfortress.

This will be the 18th year that Renny has led a team of elite detailers to continue their role as caretakers of the famous presidential plane and the notable B-29 Bomber. While the team is less than half the size of teams in recent years, this year’s slimmed down team of 20 will consist of the most experienced and proven members of the The Detail Mafia.

The elite group will tackle only two of the more than 15 historic aircraft they have been restoring and preserving over the past decade; however, they are grateful for the opportunity to be working on the two celebrated airplanes after having to skip last year due to the coronavirus pandemic. 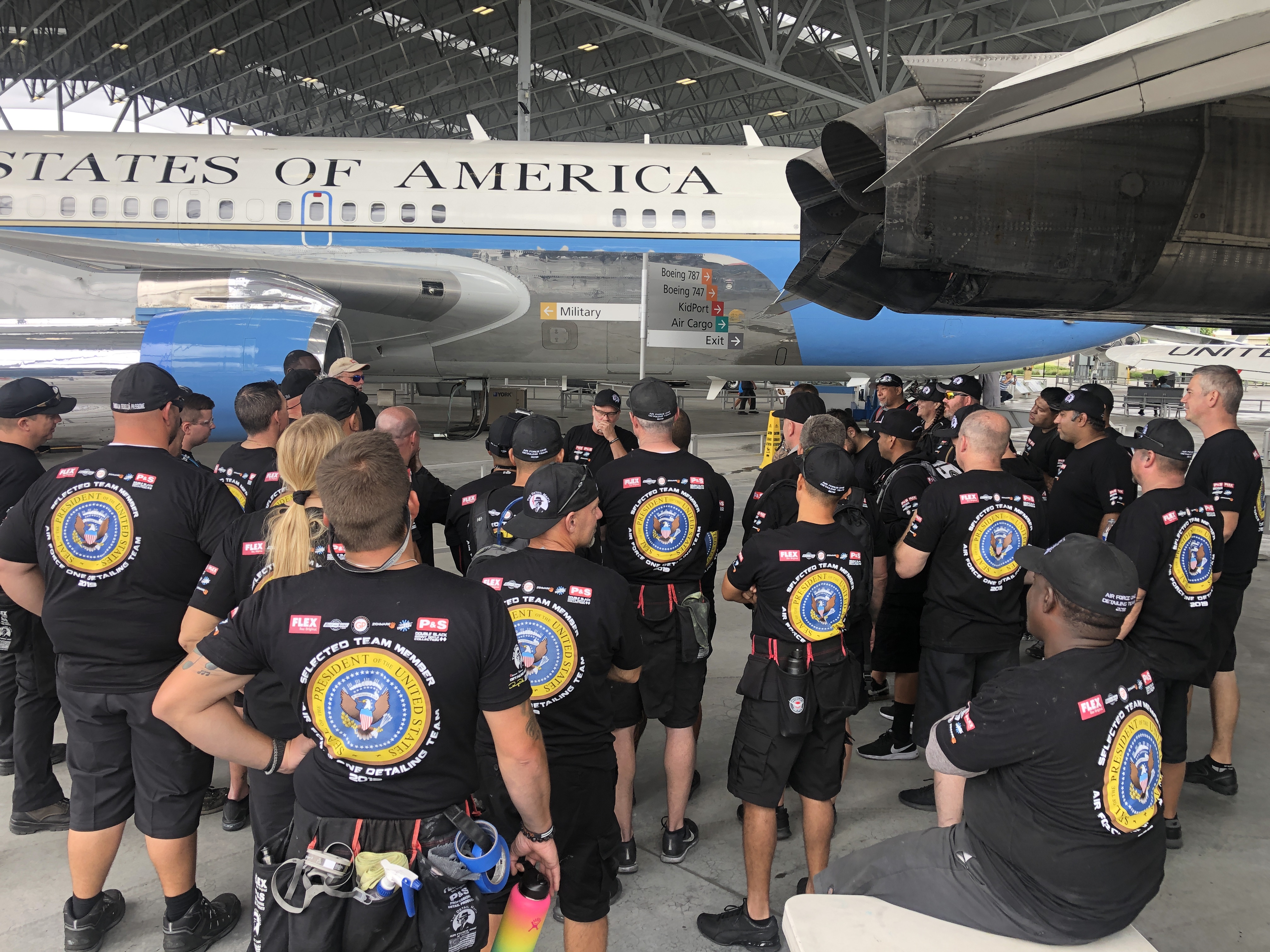 In the early days of restoring Air Force One, it was a very small but elite team of detailers that came out to restore and preserve Air Force One. The plane was still out on the tarmac and every year, it was almost like having to start all over again. In the past few years, the team has increased in size to as many as 60 which allows work to be done on many more planes at the museum. The team is honored to be able to do the project this year, even if on a smaller scale.

Today the plane is on display inside the open-air Aviation Pavilion, but it is still exposed to moisture and Seattle’s cold winter weather conditions. Every year when the team returns, the paint has begun to show signs of weathering and the brightwork has begun to dull. This goes double for the B-29 Bomber with its 100 percent aluminum fuselage. 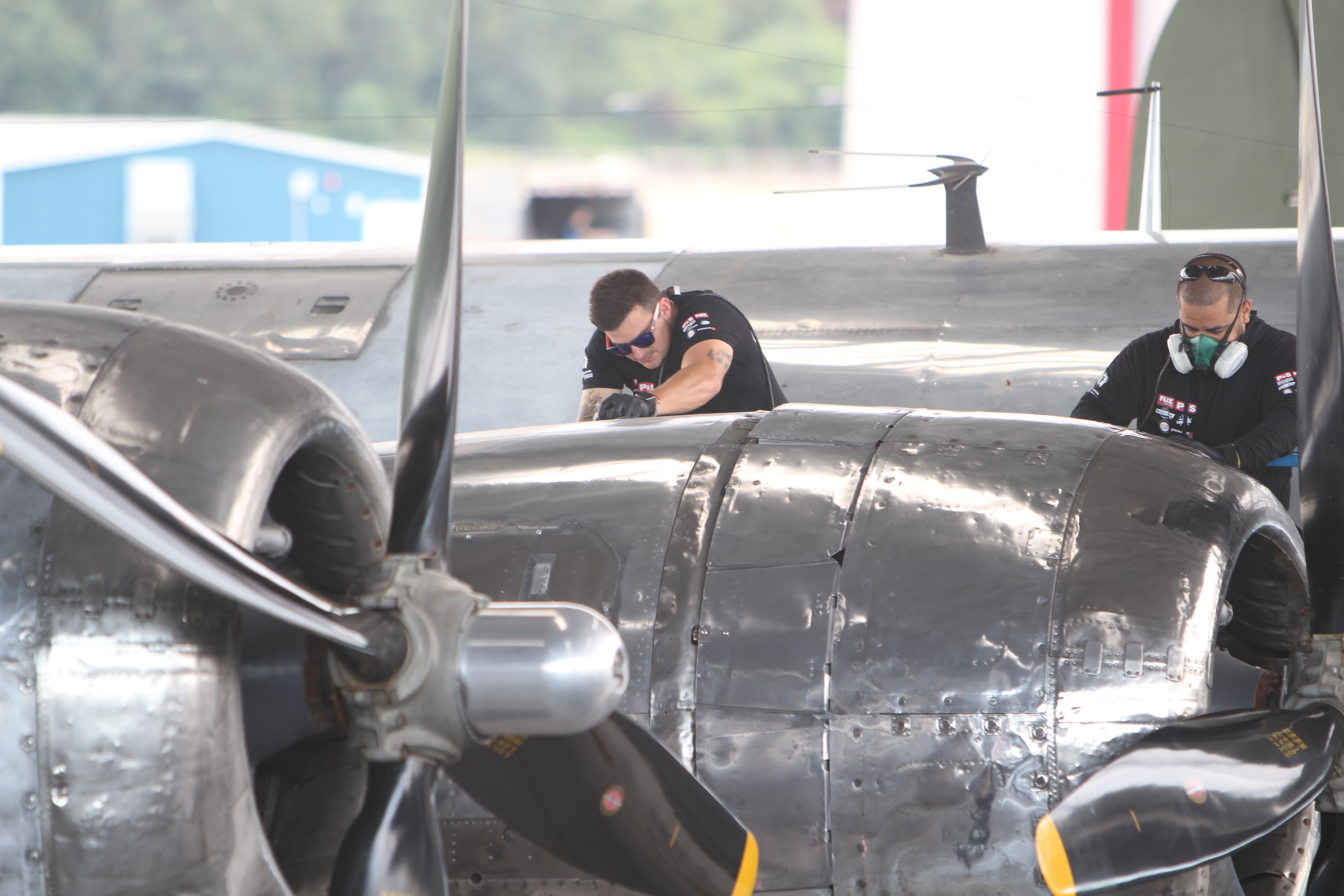 Air Force One Team Members are chosen very carefully every spring from members of The Detail Mafia, a group of detailers that have all been trained by Renny Doyle at Detailing Success in Big Bear, CA. Many of them are returning members of the team that go back to the original restoration project in 2003, while others are rookies who show promise in the meticulous art of paint correction and polishing one-stage paint and brightwork.

All Air Force One Team members are successful detailing business owners who pay their own way to Seattle and donate their time and skills to the project, as they consider it their patriotic duty.

In addition to a great team, this project could not be done properly without the products and support from the project’s gold sponsor, P&S Detail Products; and from silver sponsors Flex, Buff and Shine Mfg.; IK Sprayers; the Rag Company; RoadFS by Zenware; Grit Guard; RaggTopp; and Dynabrade.

About Air Force One
Air Force One is a specially built Boeing 707-153 known and SAM (Special Air Missions) 970. It was delivered in 1959 as the first presidential jet powered aircraft and served Presidents Eisenhower, Kennedy, Johnson and Nixon. SAM 970 remained active in the presidential fleet until 1996.

About the Boeing B-29 Superfortress
Known as T-Square 54, the Boeing B-29 Superfortress fought in the Pacific during World War II, flying at least 37 combat missions with the 875th Bomb Squadron, 498th Bomb Group. The B-29 was the most capable bomber of World War II. It was two B-29s that dropped the atomic bombs on Hiroshima and Nagasaki, Japan in 1945, helping to end the war. 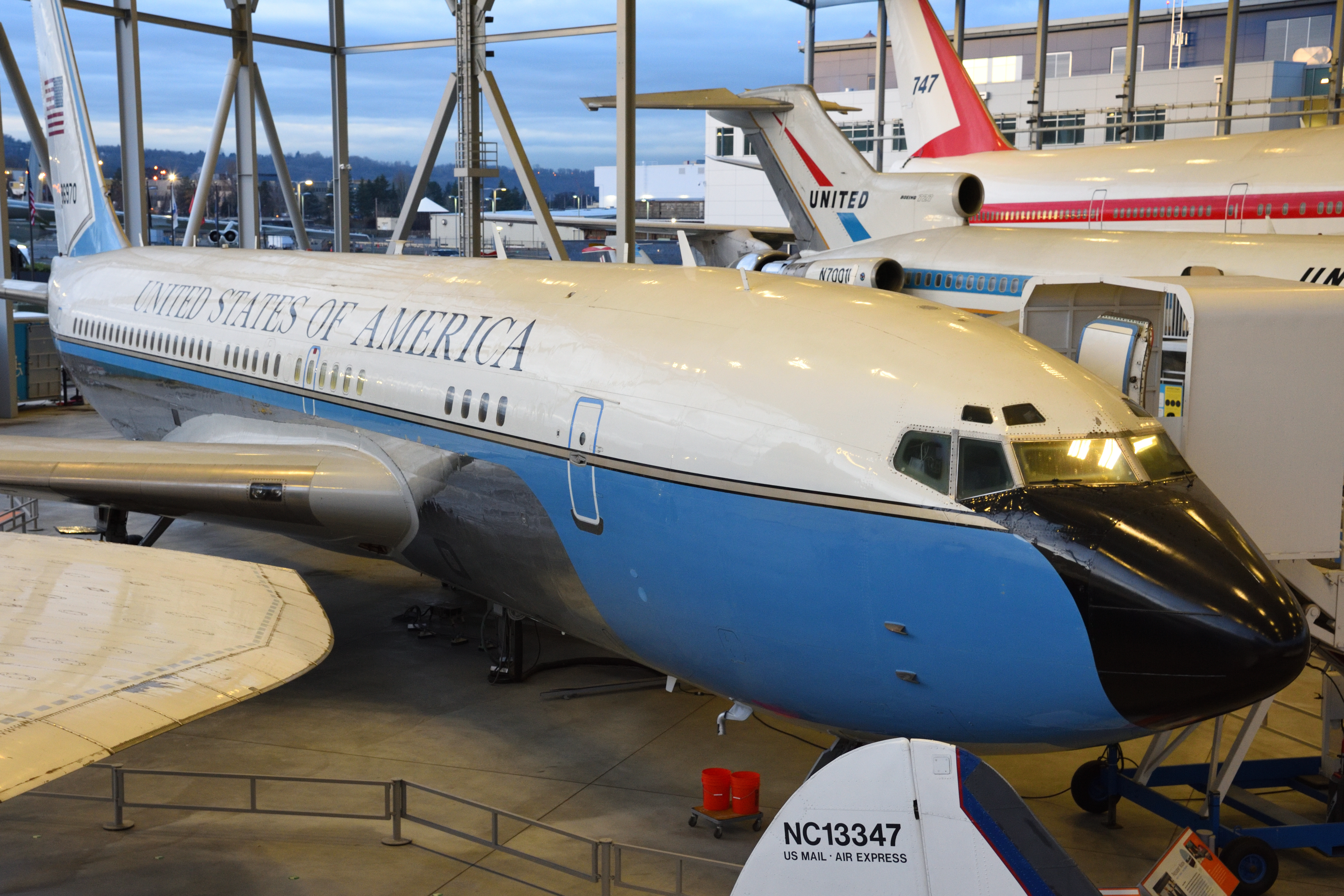