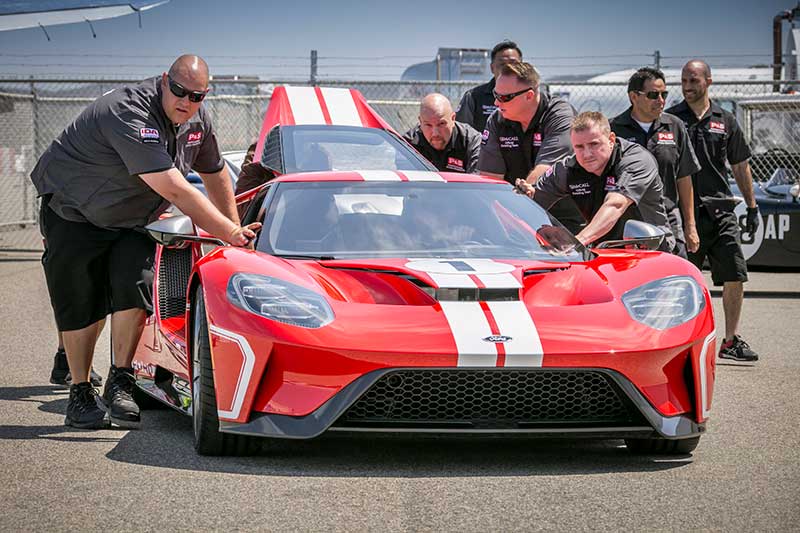 SEATTLE, WA July 24, 2017 – They are live on the ground at Seattle’s Museum of Flight Monday, July 24 through Sunday, July 30. Master automotive and aircraft detailer Renny Doyle of Detailing Success, and his newly-formed Board of Directors for his Detail Mafia, are managing the largest Air Force One Detailing Team in the 14 years of the Air Force One Restoration Project. This year, over 50 of the best detailers from around the country come together at Seattle’s Museum of Flight to continue their role as caretakers to the first presidential jet known as Air Force One.

In addition to Air Force One, the prestigious team will also clean, polish, and apply protective coatings to 16 additional aircraft on display at the museum, including the now retired supersonic Concorde Alpha Golf; a remarkable WWII B-52 Stratofortress Bomber; and the first “Jumbo Jet” Boeing 747. Perhaps the most recognizable of American jets, the 747 made its maiden voyage in 1969 as the first mainstream passenger jet. Its engine rings haven’t been polished since it came to the museum.

“This project began nearly 15 years ago with a Bush Administration official asking me to save an icon of aviation history that was falling into ruin on the tarmac at Seattle’s famous aircraft museum,” says Renny Doyle. “I had about five detailers I trusted on such a difficult project, and when we saw the plane for the first time, we were horrified at its condition. I knew it would take years, but we could bring back the paint, maintain the bright work, and stop the aging of an aircraft that had served as a flying Oval Office for Presidents Eisenhower, Kennedy, Johnson, and Nixon.”

Impressed by Doyle’s knowledge of paint and how the environment interacts with the aluminum; Doyle’s small 2003 team worked a lot of magic with their power buffers, and the Museum asked them to return every two years.

In 2011, Doyle started handpicking detailers to form a team of 25 to 30 detailers, as the museum added additional airplanes to the maintenance project. All team members run their own detailing and car wash businesses, and have agreed to work voluntarily on the project. Since then, the annual Air Force One Detailing Team project at the Seattle Museum of Flight has become one of the most prestigious detailing projects on record.

“Our men and women detailers have willingly given their time and dedicated their skills to ensuring the original presidential jet looks as close to its original glory as possible,” says Doyle.

Known as Special Air Missions (SAM) 970, the first Air Force One presidential jet entertained many international VIPs such as Nikita Khrushchev and Henry Kissinger. For more than a decade, it lived on the open tarmac exposed to Seattle’s notorious climate. It has taken more than a dozen years to restore it to as close to its natural glory as possible.

In just the last year, the plane has been relocated under a covered hangar in the new open-air Airpark Pavilion, but it is still exposed to Seattle’s dampness. The team’s preservation stage with the plane still requires an annual cleaning and polishing – a responsibility assigned exclusively to Doyle’s Air Force One Detailing Team until 2020.

Last year, the Team, polished the WWII B-29 Superfortress “T-Square” and received commemorative mission patches from a WWII widow whose husband flew the plane. This year, they will polish an all-aluminum WWII B-52G Stratofortress, America’s first long-range, swept-wing heavy bomber that began as an intercontinental, high-altitude nuclear bomber. The US Air Force deployed the plane in 1955 and it saw active duty during the Vietnam War as part of operation Bullet Shot/Linebacker. It spent its entire life in-service with Strategic Air Command.

The 2014 Team was the first to detail the supersonic Concorde Alpha Golf since its retirement in 2003. Due to its substantial length and the iconic shape of its slender delta wings and fuselage, the 204-foot luxury jetliner has always presented huge challenges for the Team.

The team has cleaned the Boeing 747 “Jumbo Jet” in the past but this will be the first year they have polished the engine rings on the 300-ton jet. Standing taller than a 6-story building, the 747 is one of the most recognizable jets in existence and answered one of the first calls for the growing demand for air travel and the need for a large, mainstream passenger jet.

Known as the Detailer of Air Force One, Renny Doyle’s Detail Mafia, who is supervising the work this year, is staffed with senior-level detailers who have worked on the AFO project 3 years or more. He selects his AFO team from his worldwide detailing network known as the Detailing Success Network. Doyle is also the author of an industry best-selling book, How to Start a Home-based Car Detailing Business, available at Amazon.

For more information about this year’s Air Force One Detailing Team at the Seattle Museum of Flight, contact Diane Doyle at (909) 366-0909. Diane is live on the ground where it is quite noisy, so if you have problems reaching her, contact Kimberly Ballard at (256) 653-4003. High resolution pictures available live form the event this week!