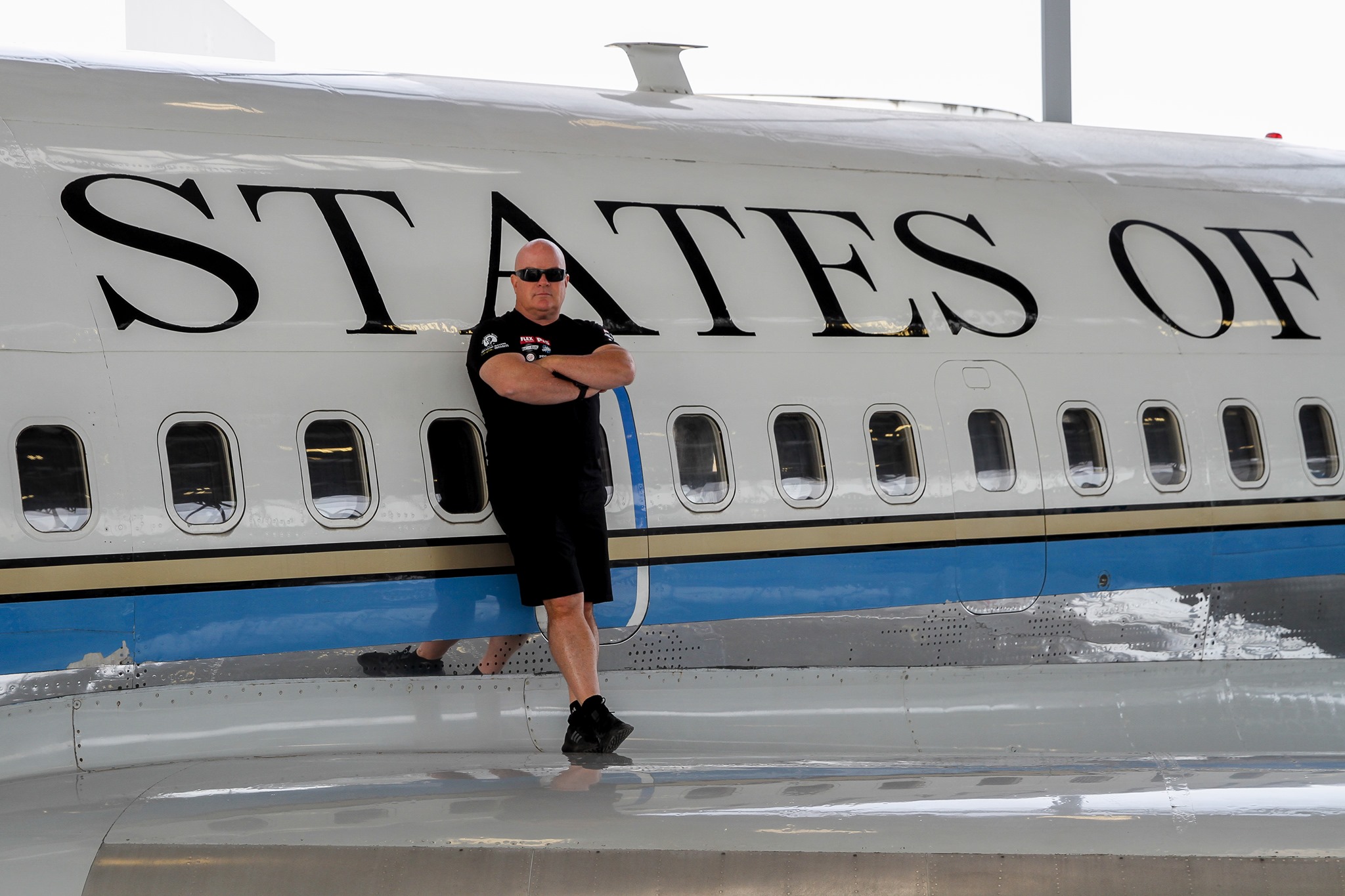 Detailer of Air Force One

Renny Doyle was born and raised in Colton, CA.  He began detailing cars and planes in his teenage years, which led him to enter the automotive and residential window tint business in the 80s & 90s.  As a teenager, Renny met Art Scholl, a famous stunt pilot who died during the filming of Top Gun, which gave him a love for aviation and led him to detailing more than just cars.  Renny sold this first detailing business for $18,000 when he was 19 years old and went on to Boise State University to play football and get his education.  Once out of college, Renny worked in the corporate world, but eventually his love for detailing drew him back to the industry.  Owning shops in Southern California and later Idaho, Renny met his wife and partner Diane in the mid 1990s.  In 1997, Renny and Diane started Attention to Detail in Sun Valley, ID, with multiple locations including Boise, San Bernardino, and Dallas.  While in Sun Valley, they perfected their techniques and processes, especially since much of their work came from maintaining prestigious cars and planes of celebrities and executives.

Renny and Diane then moved to Boise, ID, to run their detail operation, and it was there that they formed Detailing Success, their training program which began educating detailers from all over the world, in 2004.  Around this time, Renny was contacted by Boeing and the Museum of Flight in Seattle, WA, to restore the first jet-powered Air Force One-SAM 970 in 2003, which served from Presidents Kennedy to Clinton, and other notable dignitaries around the world.  This was a project that changed his business and, in many ways, the detailing industry to this day.  He is now in his 15th year with the project and, as a result of it, has had the opportunity to meet the President of the United States and, by official decree, hold the title of “The Detailer of Air Force One”.  As he seems to have done with most of his career, Renny has used this event to build up other detailers and their businesses and as a vehicle to bring the industry together.

In the late 2000s, the mountains of Southern California were calling Renny and Diane, so they moved operations to a place closer to Renny’s childhood home.  Big Bear, CA, is where Renny and Diane currently run their Detailing Success training center in a 5000 sq. ft. facility, training detailers and promoting the industry from this home in the mountains.

Renny has been a long time advocate for industry innovation, and he has been a leading proponent of the forced action DA movement, supporter of the introduction of Steam as a mainstream tool, and is a huge believer in the IDA and has incorporated their CD and SV certifications into the Detailing Success curriculum, allowing students to take the test at the conclusion of the 5-day training.

His resume is substantial, with over 400 students from around the globe trained over the years; 4000 airplanes detailed, a long term preservation contract with the Boeing Museum of Flight to take care of Air Force One, and dozens of other aircraft at the museum; multiple detailing businesses owned and sold; and he is the author of the book How to Start a Home-Based Car Detailing Business.  His list of accomplishments is rivaled by few in the industry.